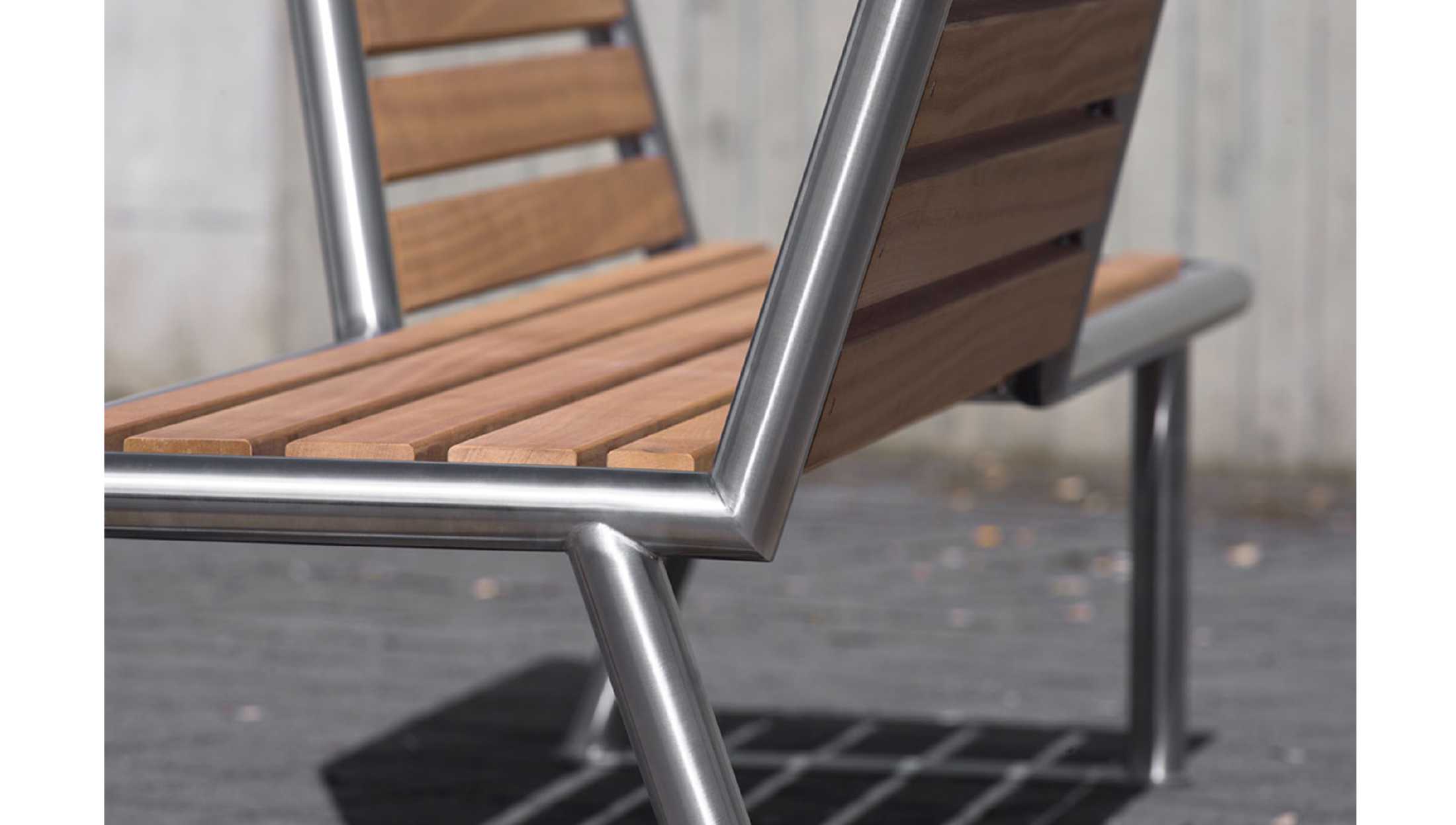 In 1999, the Deutsche Bank launched a competition to find the archetypical German bench. My idea to design a double-sided bench to represent the then recent German reunification was awarded one of the first prizes. The bench was shown at the Salone Satelitte in Milan where it was awarded one of the Design Report Awards in 2002.

This Iteration of Vis-a-vis is made of bent and mitred steel tubes with two diagonally opposite backrests. The steel frame accommodates the seat and wooden backrests in wood. The bench has been in  production by ABES since 2000.